Just recently, we witnessed ridiculously high prices for cryptocurrencies and graphics cards in addition to strongly optimistic investor sentiment. So what caused the Bitcoin crash in 2021/2022, how did the BTC crash in 2017 look, and will Bitcoin go back up in the near future? In this article we will try to answer these tricky questions.

The current crypto crash is no surprise to experienced investors. Those who didn't get carried away by their emotions made money on both the increases and subsequent drops. But why did cryptocurrencies have to lose value? 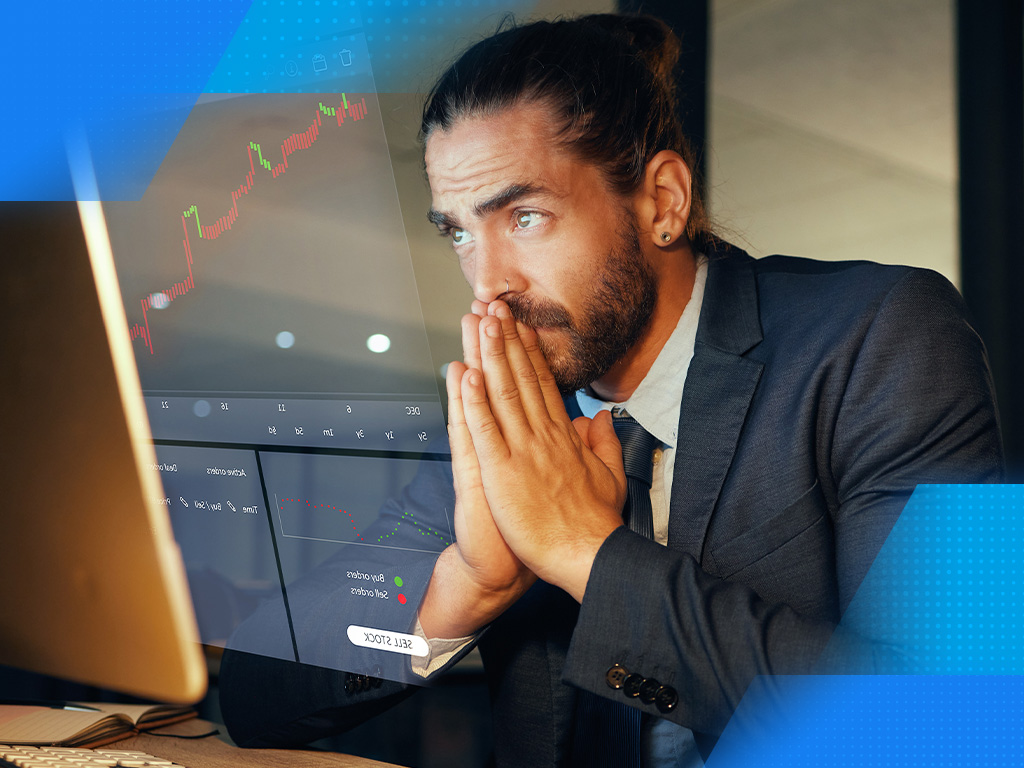 A little bit of history

You already know why is Bitcoin going down right now. However, is the current situation unique? It isn't. We have already mentioned that cryptocurrencies behave in cycles. Here's a list of all the speculative bubbles:

If the current crypto crash is a mental burden for you, think about how you would feel 11 years ago. The price of BTC in June 2011 was $32, but within a few days it dropped to... 1 cent. Yes, this is not a mistake. The drop in value was more than 99% in less than a week. Bitcoin went back up in 20 months and began a strong rise.

The market collapse was triggered by the theft of 850,000 coins from a Japanese crypto exchange.

From April to November 2013, Bitcoin gained more than 1000%. Numerous mentions appeared in newspapers, and cryptocurrencies began to appear in the mainstream consciousness. Unfortunately, the $1,000 barrier triggered fear in investors, who began to sell their assets. After a few weeks, the price fell to $700, and in April 2014 it reached $360, although this was not the end of the decline. The price minimum occurred in January 2015 ($170).

Why is Bitcoin falling this time? By the exact same exchange as 2 years earlier. Mt.Gox halts withdrawals in February 2014, and the round amount of $1,000 had a huge impact.

It took BTC as long as 37 months to regain its previous value. When Bitcoin cost $1,000 again in January 2017, investors already knew that another price rise was imminent. The increases were short-lived, as the new ATH was established in less than 12 months. The price then approached $19,000.

This spectacular BTC crash was the result of the Coincheck exchange's problems and the 2018 crypto ad ban by Google and Facebook.

36 months after Bitcoin established its ATH, it began testing new price maxims. The record was broken in November 2021. The market cap exceeded a trillion dollars, the media covered the topic of crypto every now and then, and the prices of graphics cards and coin mining-related equipment rose to unprecedented levels.

There were several drops during the bull market, but new capital kept coming in, saving the situation. The collapse occurred in April 2022 - why is Bitcoin going down since then? One of the reasons may be Elon Musk's Tweets, who has criticized the sense of cryptos in their current form several times. Another guilty party is the Chinese government, which has banned cryptocurrency digging nationwide.

The outlook for the next few months is not so good. The recent ETH merge triggered declines in the entire virtual coin market and, with its price drop, caused Bitcoin to weaken.

Will bitcoin go back up?

Now that you know why is crypto down, it's time to consider the future of them. Cryptocurrency advocates claim that the current problems are temporary, and that Bitcoin, Ethereum and other coins have great potential to rise. In fact, this is very likely, but the historical trend indicates that with each successive bull market, the increases will become less and less spectacular. In our opinion, Bitcoin has a real chance to reach the $100,000 price. When will this happen? We don't know, but it probably won't happen earlier than 2024 or 2025.

For several years now, there have been more investment instruments based on cryptocurrencies. No wonder, after all, it's possible to make good money on them. Through ETFs and CFDs, billions of dollars are flowing into the cryptocurrency market, and more and more investment funds are using Bitcoin to fight inflation. According to experts, one of the reasons Bitcoin has gained so much in the current bull market in a fairly short period of time is its wide availability. Until now, in order to buy cryptocurrencies, one had to use separate exchanges, which could seem dangerous to some people. With the introduction of bitcoin CFDs on platforms such as Etoro, practically every trader was exposed to the decentralized money.

Ok, if so many people have invested in crypto, why is Bitcoin crashing right now? Because high availability also means easy selling. With every signal that worries investors, a sheepish rush is unleashed, causing prices to rapidly fall.

Is it a good time to buy Bitcoin?

We hope we have explained well enough why is Bitcoin falling. You may be wondering now if it's a good time to buy. The current situation in the markets is very uncertain. Fortunately, we have the perfect solution for you!

Price averaging is a method that involves making regular transactions for fairly small amounts. If you have $1,000 to invest, you can buy one or several cryptocurrencies at a time with it, or divide this amount into 10 parts of $100 each. Such a strategy will allow you to reduce your risk, and you can increase your budget on an ongoing basis.