Investing in LEGO sets has become an increasingly popular option for many people—both LEGO set and brick enthusiasts and online hustlers looking to earn something on the side.

But what is exactly investing in LEGO returns? Simply put, it's buying brand-new, factory-sealed LEGO sets, putting them away for a while until they become scarce, and then selling them online. Thanks to collectors, speculating in LEGO sets allows you to generate extremely high returns on your investment.

How can you invest in LEGO sets?

In general, the S&P 500 stock index yields about 8-10% per year on average. But as you can see, LEGO sets have historically done much better—if you're lucky.

The principle of investing in LEGO is to buy LEGO sets, which will soon be discontinued by the LEGO company. The value of the set will begin to rise on online marketplaces such as eBay and Amazon as soon as it is “discontinued,” meaning it will no longer be made. You can gain a lot of money if you put these LEGO sets in stock when their prices rise, and then sell them when prices stabilize.

Why invest in LEGO sets

But why invest in LEGO? Well, many people advise to invest and buy gold. This is because gold doesn't deteriorate over time, there will always be people interested in buying and selling gold, and it's easy to store—and LEGOs often have the same qualities…. But gold does not have sets with Batman and Spider-man!

Seriously though, LEGO bricks are really very durable, they do not deteriorate over time, although many sets are now over 50 years old. What's more, many rare sets are only available for one season, so collectors want to buy LEGO sets that are rare. Like stamps, LEGOs are also interesting and tell a lot about the times in which they were produced.

How much can you earn by investing in LEGO sets?

According to a study from the Higher School of Economics in Moscow, the price of out-of-circulation LEGO sets could increase at a rate of 11% per year. This rate is higher than that of many bonds, stocks, and even gold. It's also worth knowing that LEGO returns are not susceptible to many risk factors. Because you are trading in depreciated LEGO sets, they don't really rely on fluctuations in the stock market, for example.

Of course, buying a set is not a quick and easy way to make money investing in LEGOs; rather, it's an investment that will yield an ROI within two to three years after the set is removed from the market. Like gold, it can be a great long-term investment.

Any commodity made in limited quantities will gain value over time—and LEGOs are literally indestructible. Special-edition LEGO sets are the ones that are the hardest to acquire, because collectors buy them up as quickly as possible. They are also not readily available on the secondary market due to owners either losing components or not wanting to part with the sets they like.

When is the right time to buy LEGO sets?

The decision of when to invest in LEGO sets, sometimes referred to as "buying in” at the right time, is very important and difficult to make. The value of most LEGO sets will increase after they are “discontinued,” meaning that the LEGO company will completely stop producing the corresponding sets. The price of a set in a store may therefore increase slightly, but that’s not what interests LEGO investors.

After the set is phased out, there will be a decrease in available supply, which in turn leads to an increase in the price of toys on the market. But collectors want to buy a set to have it in their collection. Therefore, if they can't buy it on the open market, speculators control the prices. It may be that you are the one who has the only set in your city—and you can resell it for ten times the price.

So when is the optimal time to make an investment in LEGOs?

In general, the year that a LEGO set is discontinued is often considered the ideal time to invest in the set. The set is still available at a stable price in retail stores, so you don't have to store it for a long time. It is very likely that an expensive brick set will quickly gain value.

It is essential to refrain from buying the kit as soon as it appears on the market. You don't know how popular it will be or how collectors will react to it—so it may take up storage space for years, and you may not be able to sell it.

How to save money buying LEGO sets?

It's also worth keeping an eye out for all kinds of sales and discount coupons if you want to professionally invest in LEGO sets. In some locales, a set may go on sale to retailers but no collectors-that is, sometimes sellers want to get rid of it at a lower price. Similarly, special deals may be associated with sale events like Black Friday or Prime Day.

You don't have to limit yourself to buying sets in Black Friday sales to increase your profit margin. You can also take advantage of many of the cashback websites. If you want to trade LEGO professionally, frequent use of such sites or apps will be very profitable, you can even get one “free” set at the end of the promotion. 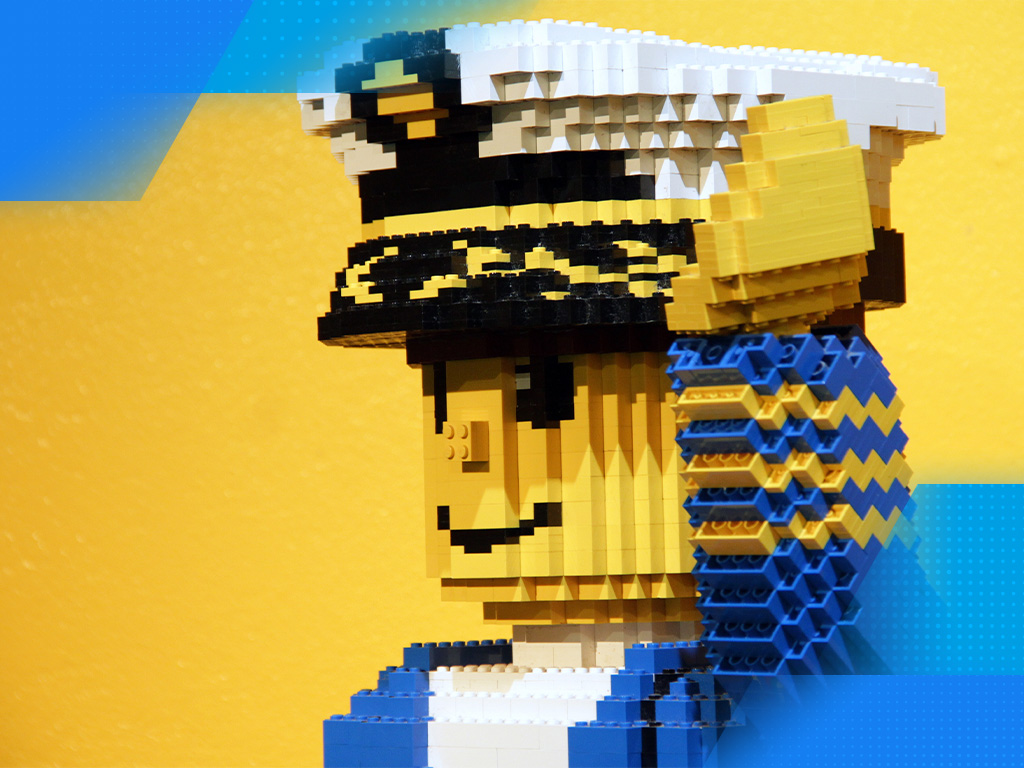 Which LEGO set to buy to invest well?

When determining which LEGO set (or sets) to invest in, it can be very beneficial to discover key signs that indicate the chance that they will bring you a high profit margin. A few examples of things that have increased the value of a LEGO set in the past are exclusive minifigures and components. Often these are sets that have high collector value and are highly sought after, but are also quite hard to find.

Some of the best LEGO sets to invest in have been Spider-Man and Green Goblim mecha duel, popular thanks to many movies and series. Large Star Wars sets like the Imperial Light Cruiser will be depreciated in 2022.

Research shows that small and large sets are much more popular than medium sets. Large sets are typically for collectors, and small sets with low circulation are easy to overlook by the retailers, especially if they’re rare and exclusive. Before investing, however, you need to do your research and see how available a set is, and whether it can be bought in many stores.

Many people assume that it is best to invest in branded sets—Star Wars or superheroes. And this is because there is a possibility that there will be a surge of interest in the near future after the release of a movie or TV series. But “generic” LEGO sets are also getting more expensive—they are mostly bought by fans of the bricks. For example, Lego Technic Land Rover Defender will leave us in 2022, but many collectors would like to have this 2.5K parts large realistic car - which is on sale in many parts of Europe.

It is also worth remembering that the popularity of different sets varies greatly from region to region. In other countries, particular LEGO sets are not sold at all; for example, the Tree House can only be purchased in Europe, and other rare boxes are found only at the LEGO House Store in Denmark. This is an interesting option—if you can buy them in person.

What do I need to invest in LEGO?

You don’t need a lot to start investing in LEGO sets, which makes this one of the perfect ways to start investing for the beginners. You can learn more about the best investments for beginners on our blog. You need to have information about the industry—make friends, read about new sets and so on. Furthermore, you will also find it useful to have an app to manage your collection. However, the most important thing in investing in LEGO is a good storage space. LEGO sets can take up a lot of room.

Proper storage of LEGO sets after acquiring them without damage is almost as essential as buying the set itself. As with other collectible items, buyers are willing to pay a premium for LEGO sets that are in perfect condition.

In addition, keeping LEGO bricks in good condition ensures that the boxes stay pristine, organized, and you don't lose any of the individual pieces. Unless you have dedicated storage space, you'll need to pick an appropriate area in your home for the brick storage. Storing periods can range from a few months to several years, depending on the uniqueness of the investor's strategy, but they can fluctuate anywhere in that range.

While the blocks themselves are made of durable plastic, you need to reduce the likelihood of damage to the boxes when storing them for long periods of time. For this reason, it is necessary to store them in a perfectly dry place, away from the sun, pets, insects, and other such things. You can buy plastic drawers and keep the boxes in the basement. In fact, there is no right or wrong decision, as long as the sets are protected and preserved.

Even if you're passionate about bricks, you need to make knowledgeable, strategic, research-based decisions that are tailored to your investing style. Use your knowledge of LEGO and don't let it get you distracted from proper investment practices!